After a successful cooperation in two editions of the WKF (photo competition), National Geographic decided to ask us to rebuild the whole FOTO branch for their online magazine together with current data migration. It was obvious that the main goal would be to maximize the efficiency and to keep it simple. Below we present a recipe for success: 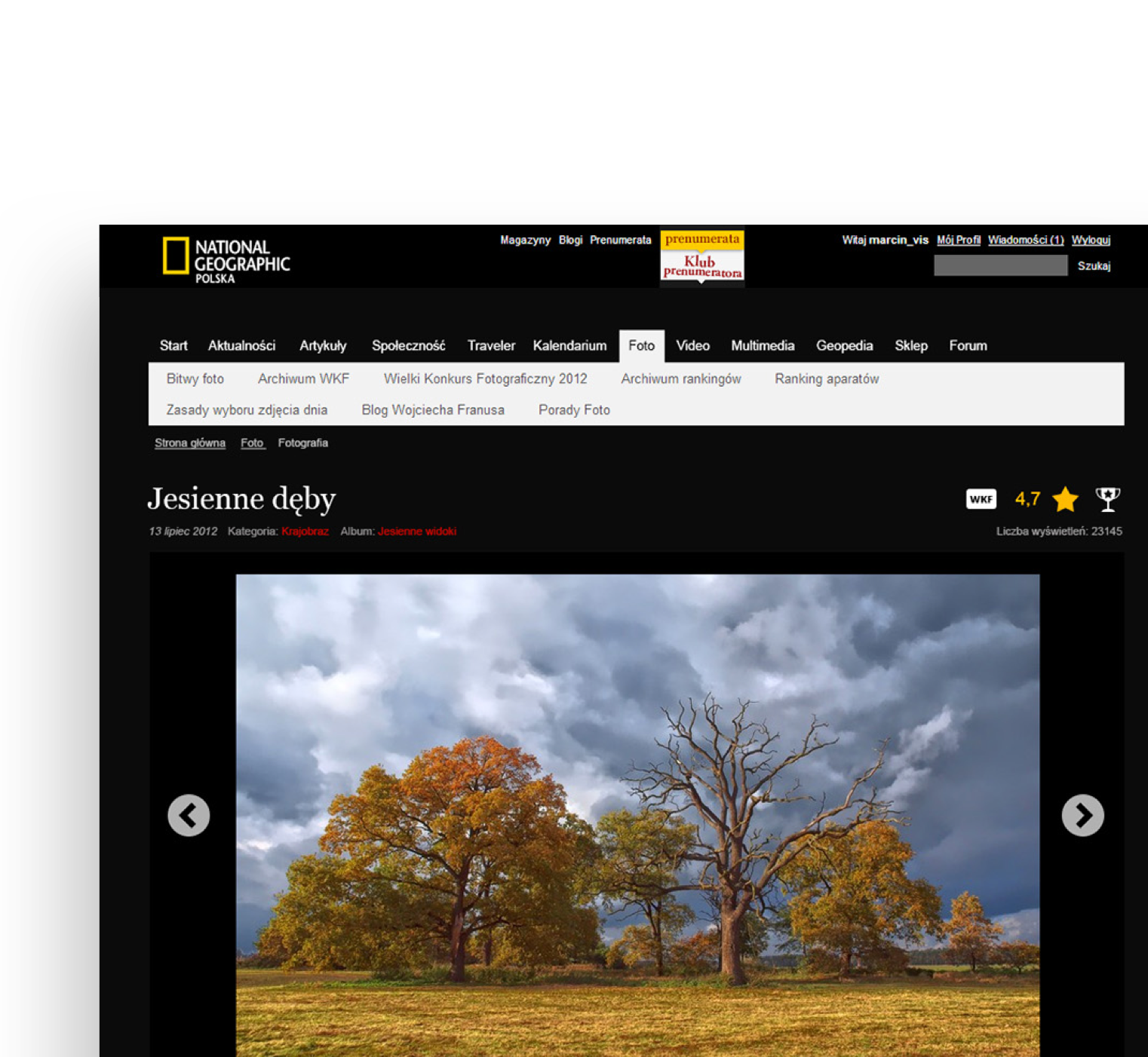 I had the chance to collaborate with Visuality with a few projects. Each time they distinguished themselves through the perfect quality of the provided services and punctuality in providing the finished project. The biggest advantage of our cooperation was their attitude – thanks to this, each time we had the certainty that the project will be executed perfectly.

In contrast to WKF (Great Photo Contest), where the graphics were provided by the client, the FOTO section was created by us from scratch. Everything began with creating wireframes, where the main features were presented and tested – both from the perspective of the viewer and the uploader. 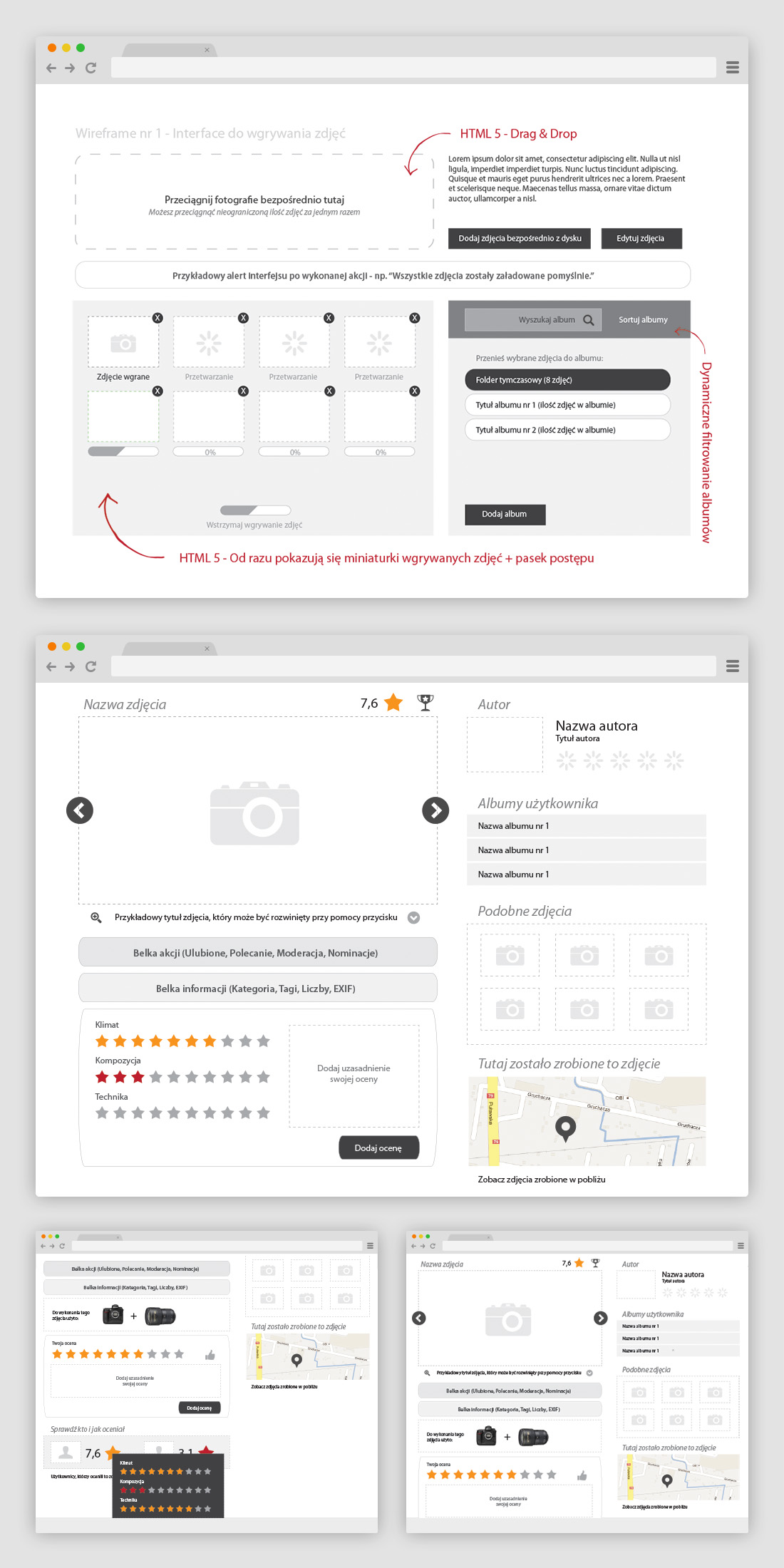 After polishing the screens, it was time to create an image uploading interface. Having the highest level of usefulness in our minds, we used many different ways to achieve the same goal – uploading a gallery. Features like drag & drop into the browser or interactive creation of folders were very useful in here. 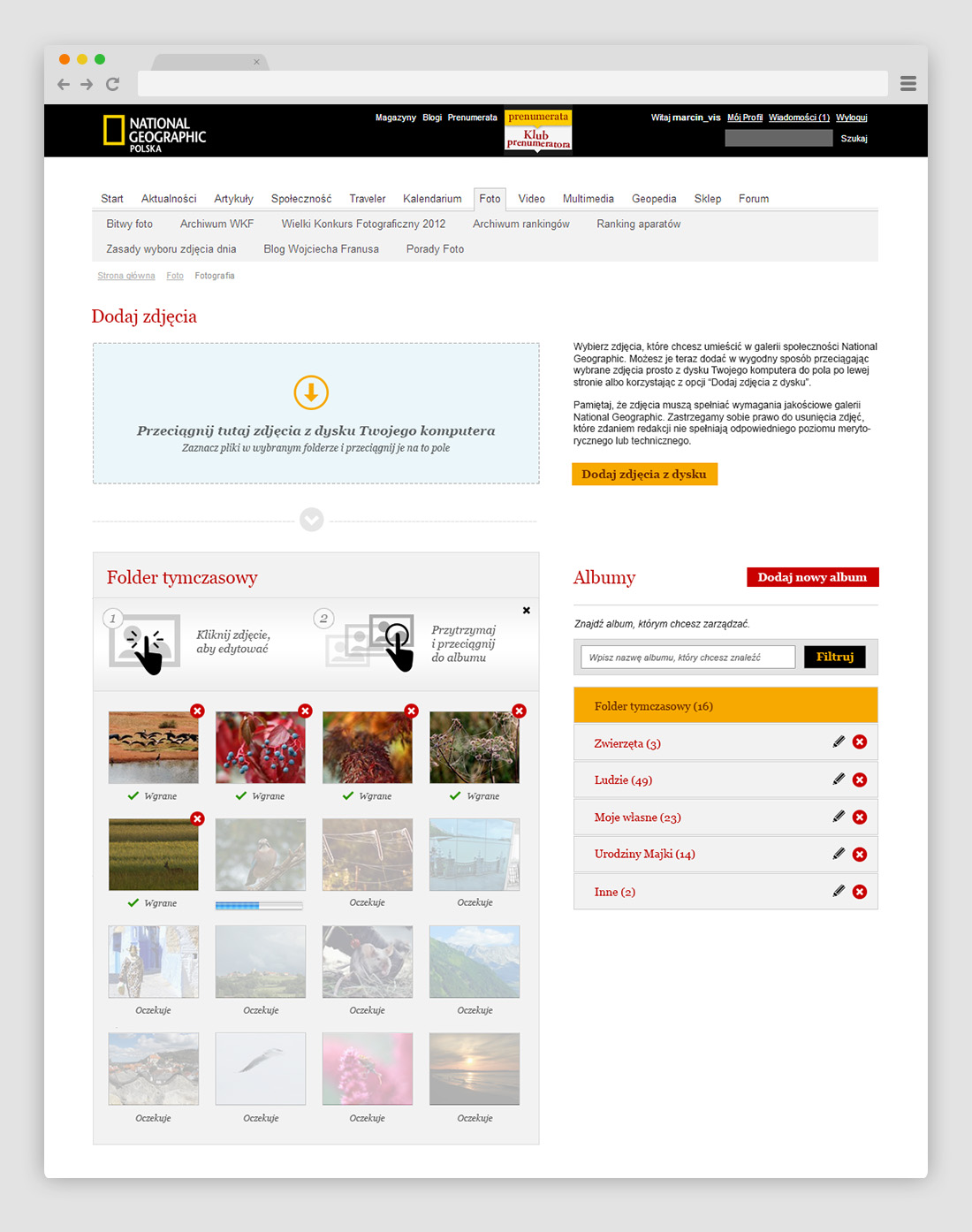 From the perspective of a user viewing the pictures, we wanted to present as much photos as possible and provide different ways of viewing other galleries. This is why there are only few elements not connected with galleries, and plenty of instances where similar photos (or other photos of the same user) are displayed. There was also space for modules promoting pictures featured by the editors or the highest ranking community picks. 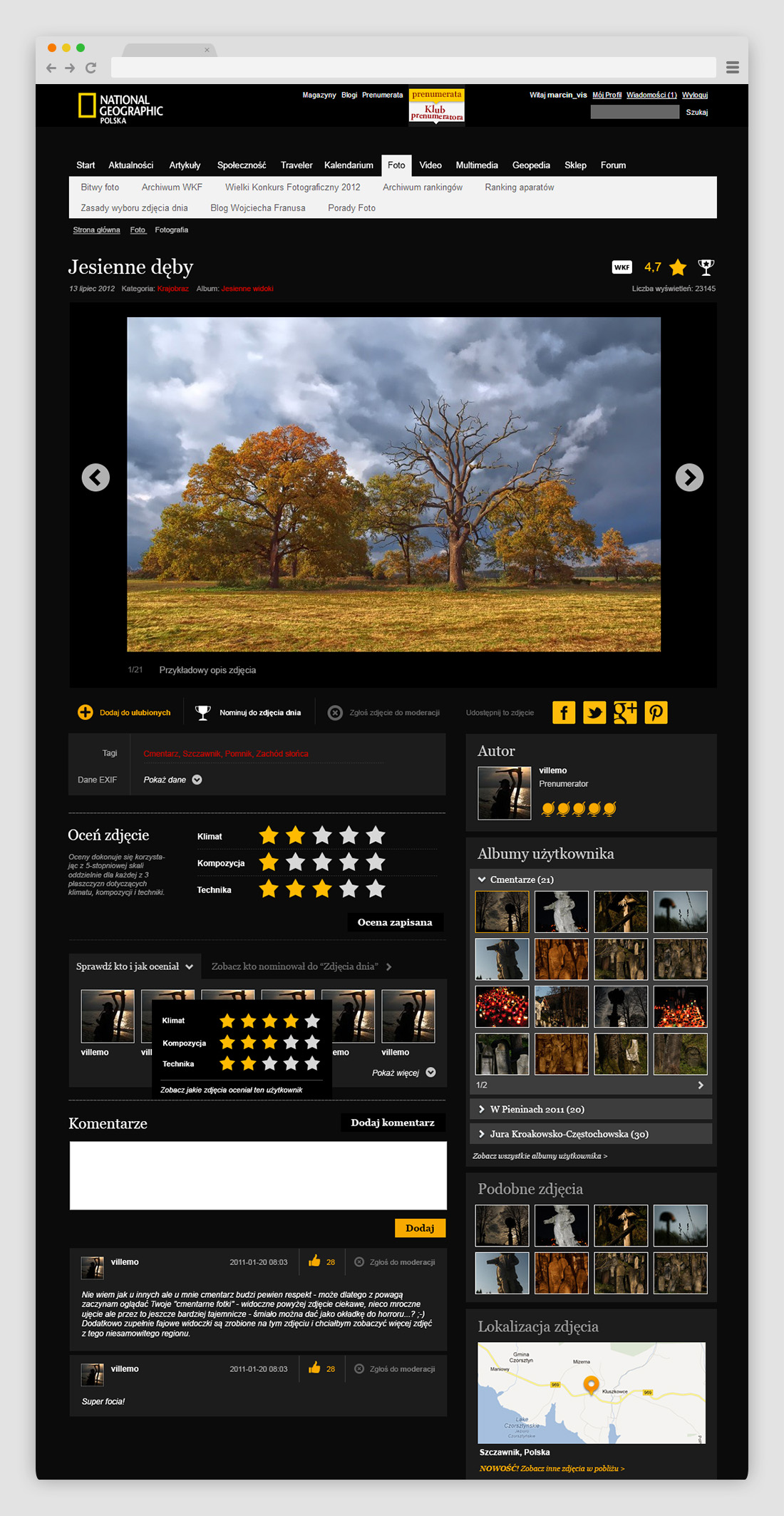 Once the new version of the system was implemented we had to take care of another advanced task - current data migration. As you would guess it was a pretty complicated and very important task but we managed to do it the best way possible assuring the quality of the migration with many different automated tests. 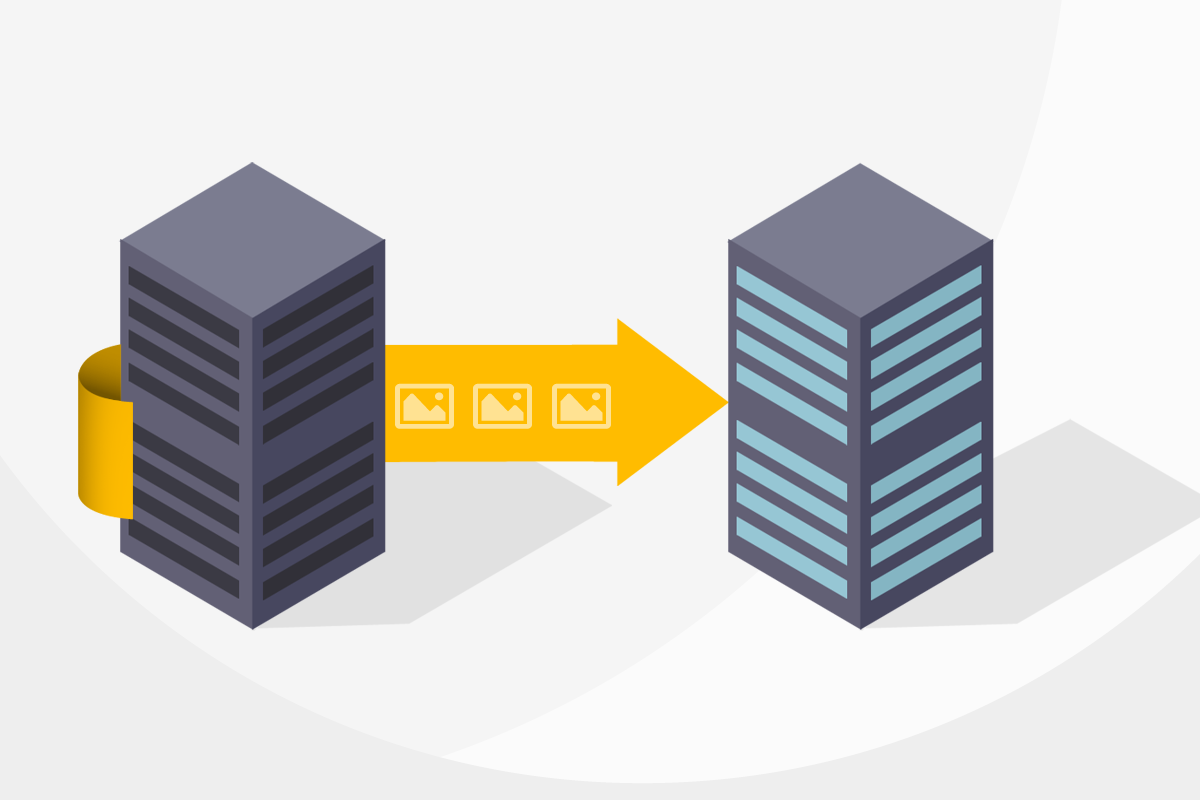 In order to present a photo in the most interesting way, getting all possible details was the key. This is why we created a module reading the photograph’s information (EXIF) such as the camera model, lens type, exposition parameters or the GPS coordinates allowing to locate the picture on an interactive map. 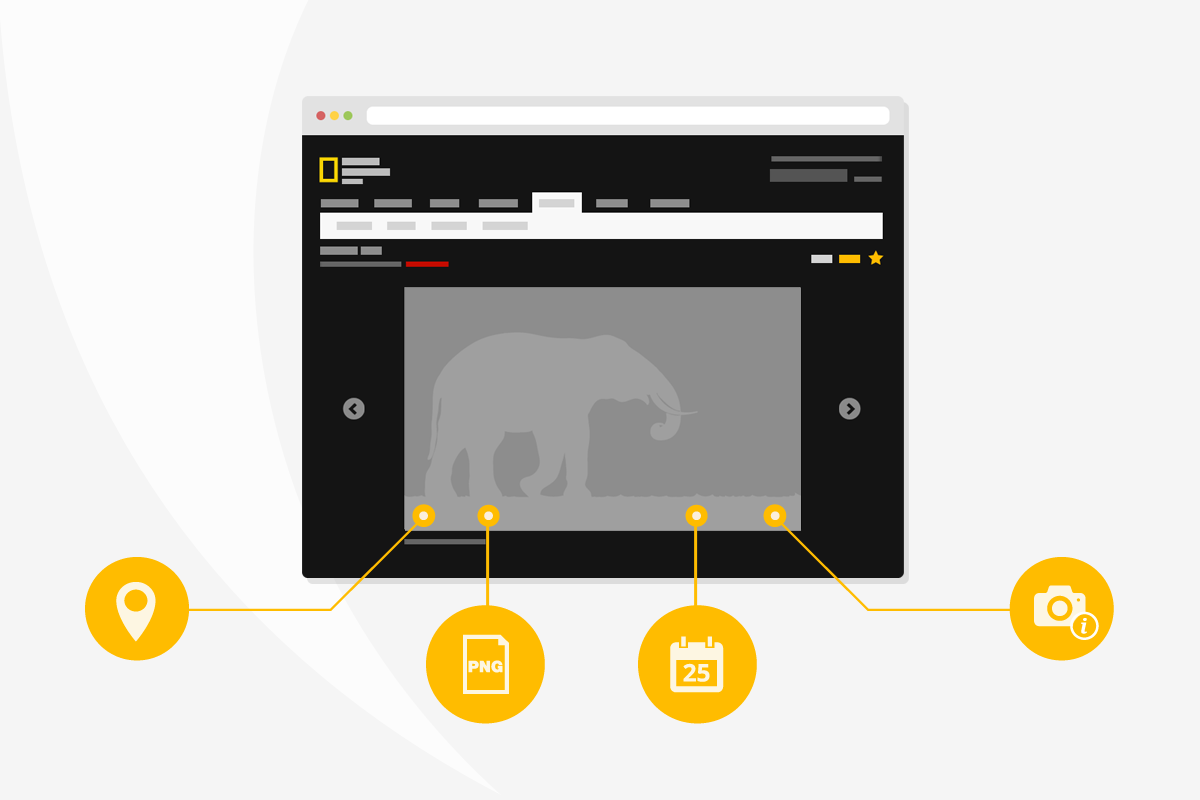 To achieve the highest speed of workflow we implemented an advanced caching mechanism allowing to maximize the traffic on the server – thanks to this, the pictures were displayed almost immediately. 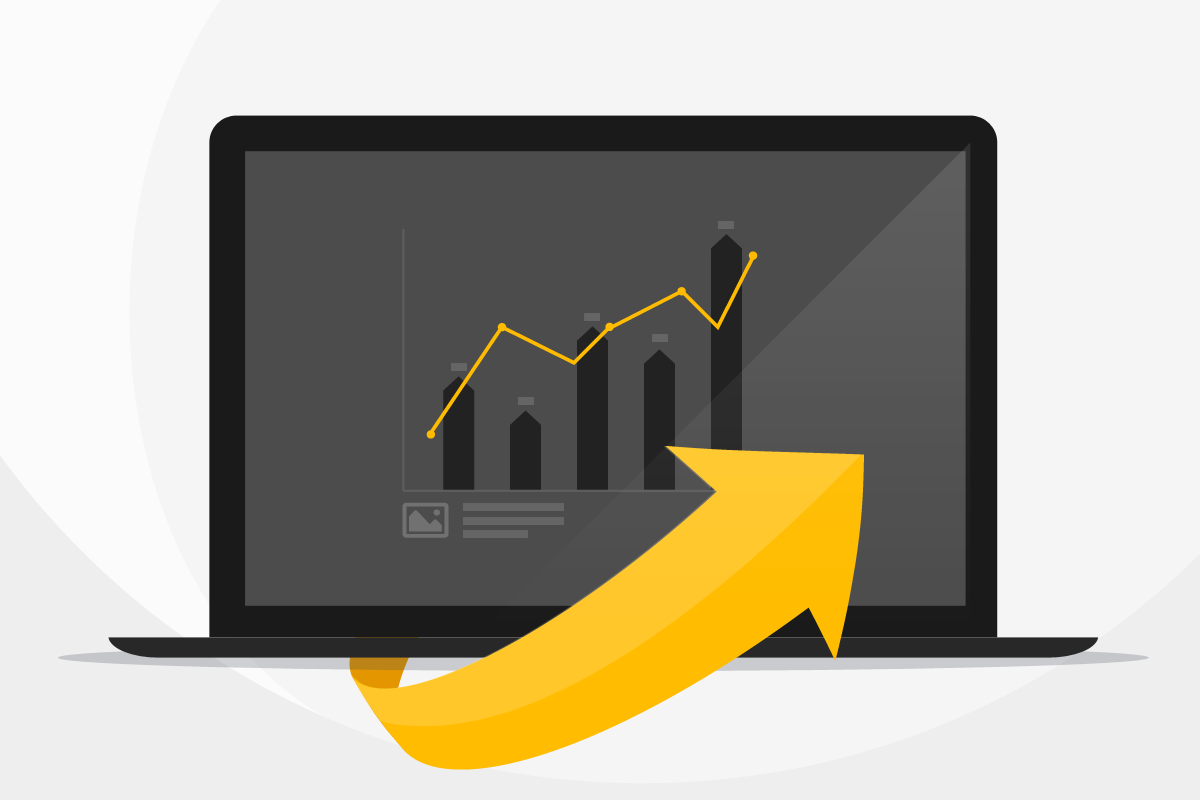 In order to generate additional traffic, social mechanisms (comments, grading) were implemented as well as contest elements (picture of the day, editor’s awards etc.) All in a transparent manner allowing each and every user to immediately find himself in all the elements and vote for his favorite photography. 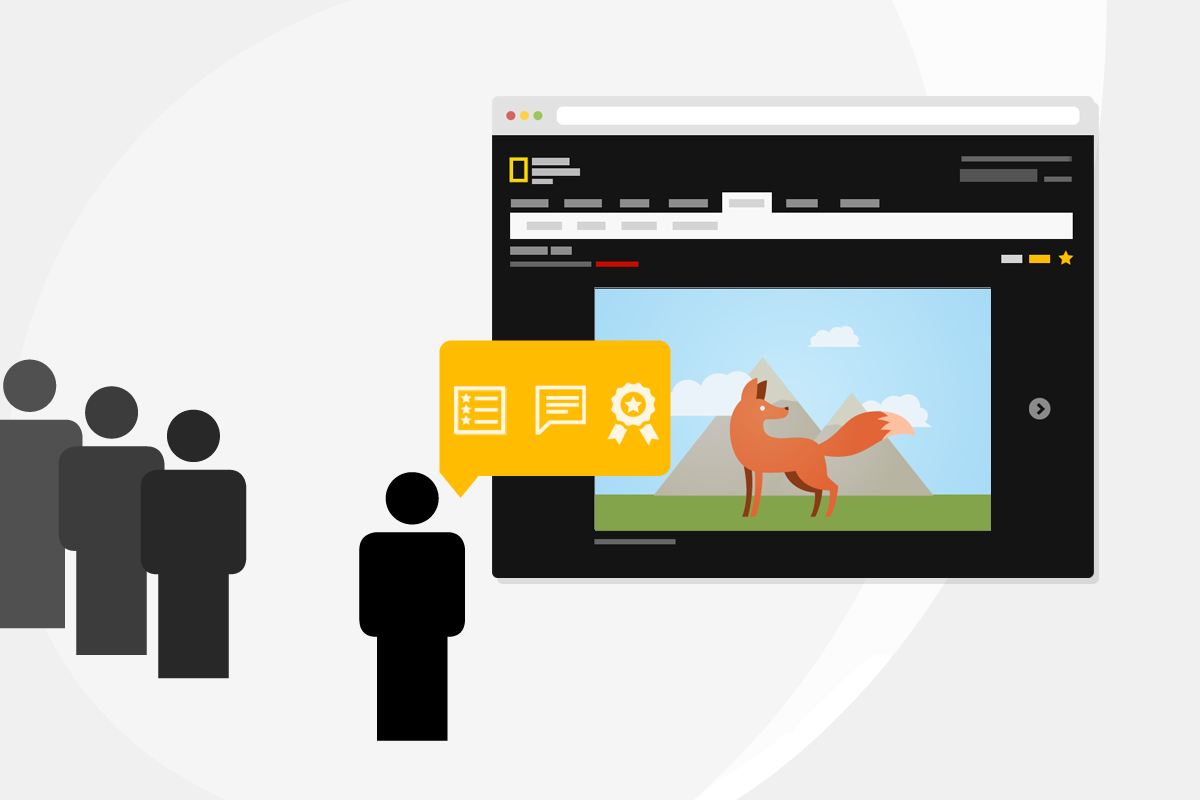 As we were asked many times before to prepare the system for WKF (photo competition by NG) we knew that that system has to be integrated with the one we were working now. Needless to say - we managed to integrate them easily allowing organizers to import the awarded photos into the photo system. 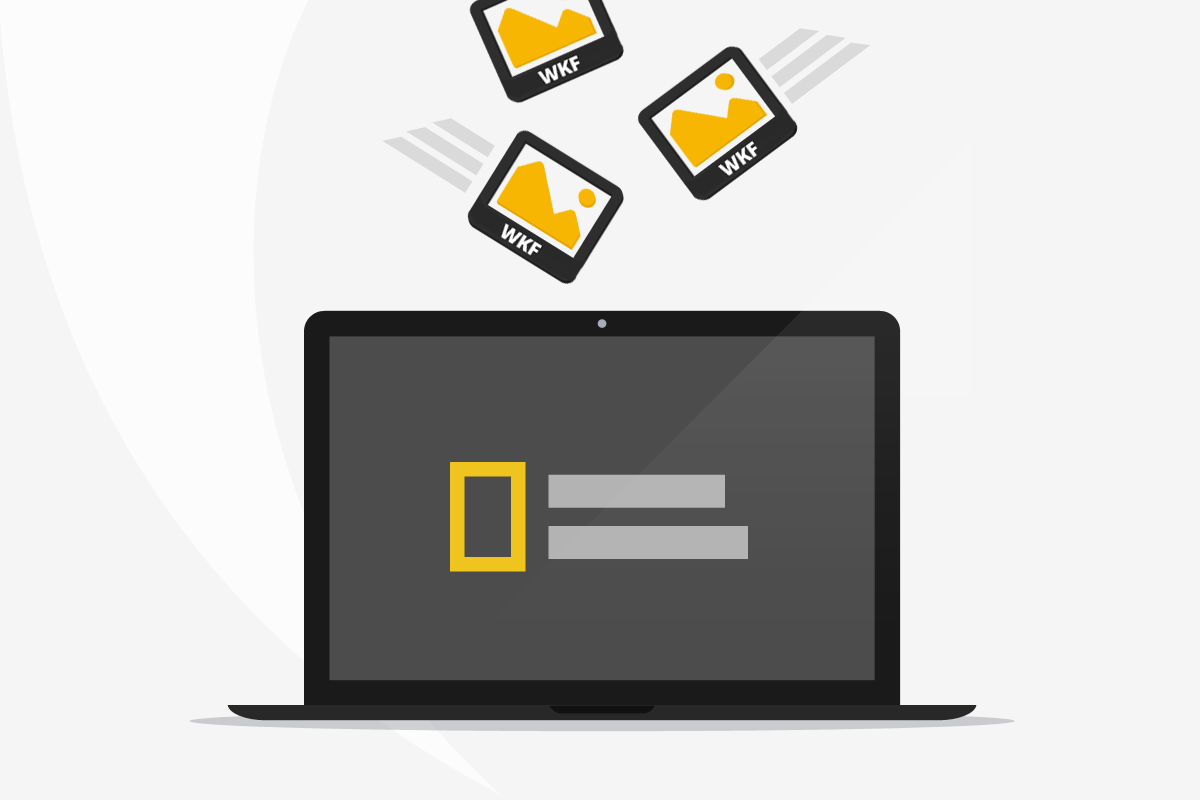 All the mentioned features have their corresponding counterparts in the intuitive, but very advanced admin panel. It allows to do quick management of all the FOTO related elements. 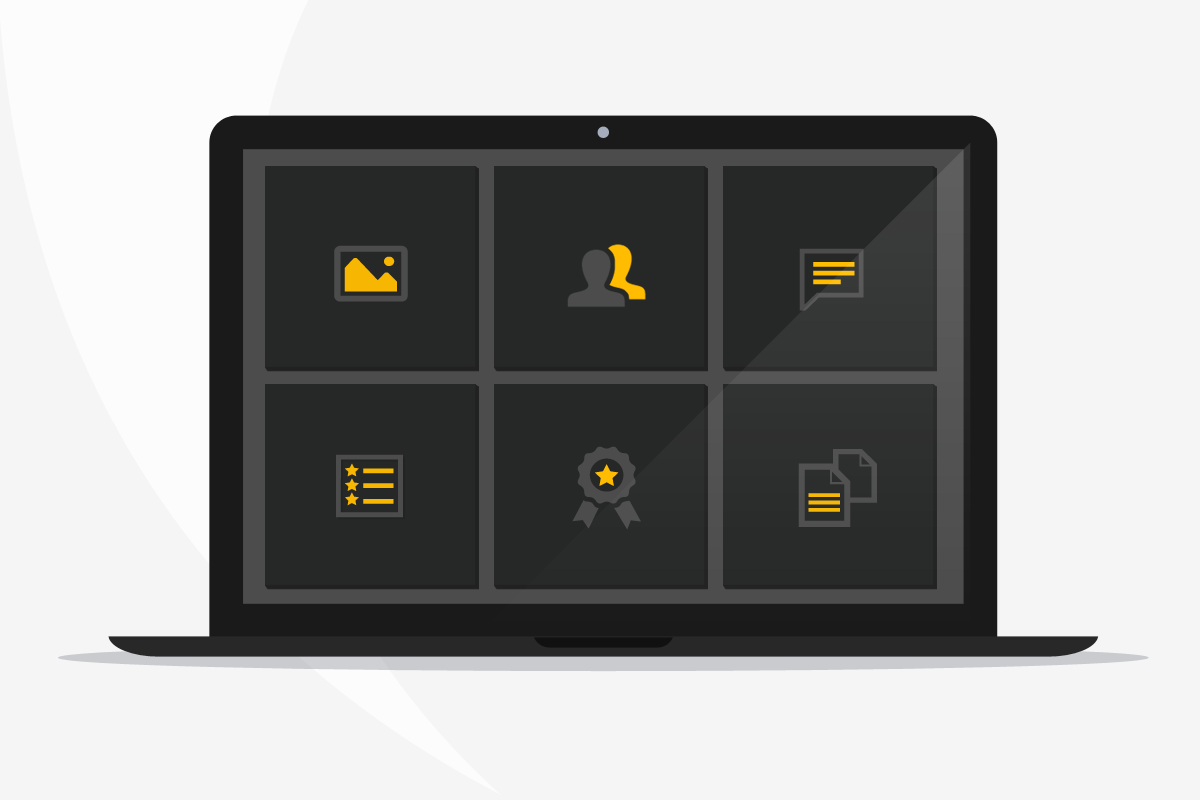 Check out other
case studies 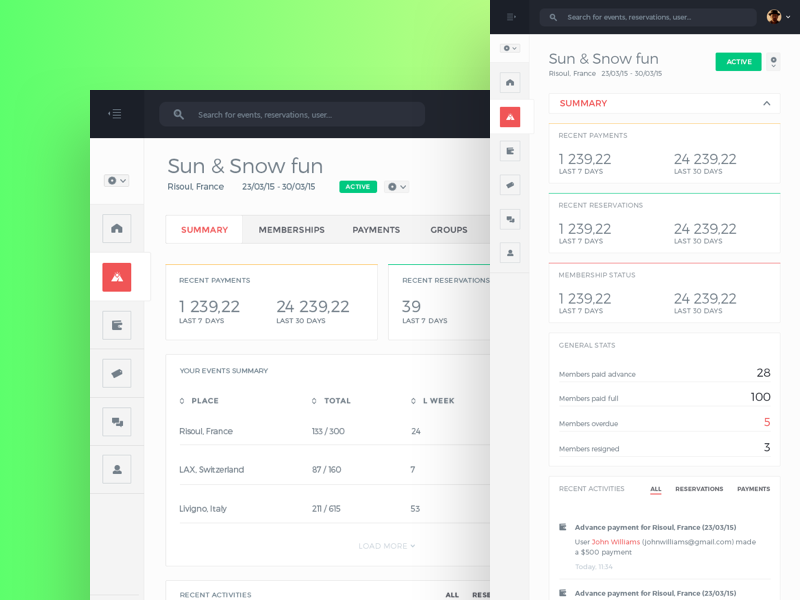 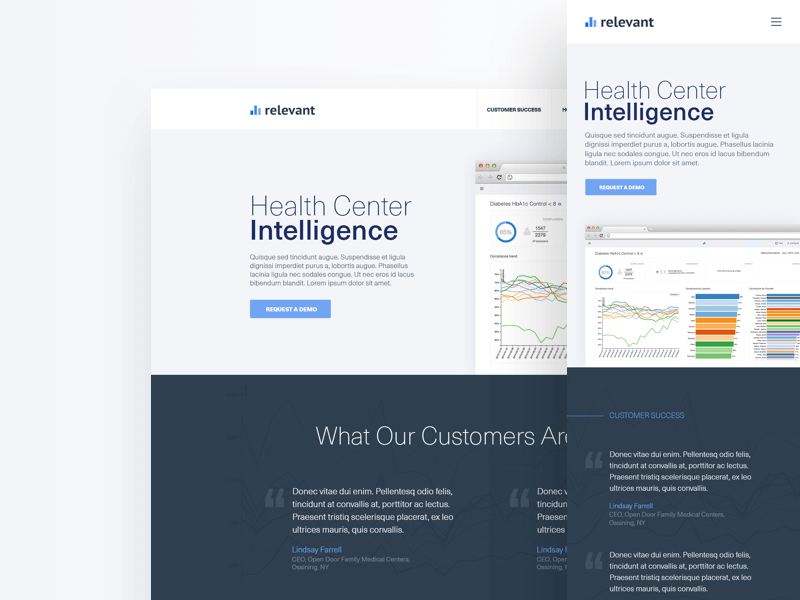 Analytics for Health Centers in the US
Reporting and analytics platform tailored for US healthcare. 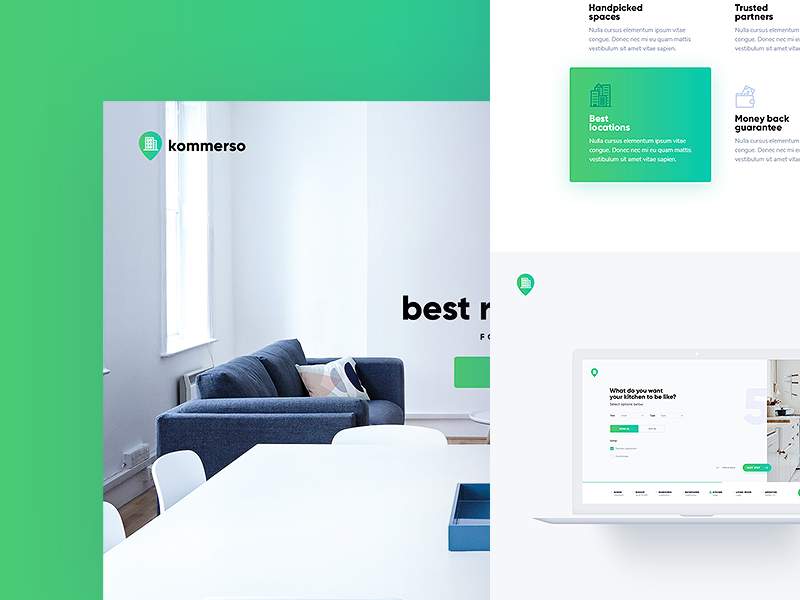